Today was my first trip this season on the Sipsey Tailrace to cast a few dry patterns the rainbows way. I was really surprised to find no other vehicles in the parking lot when I arrived around . In fact, I fished my couple of hours without seeing another fisherman, which proved to be really productive. 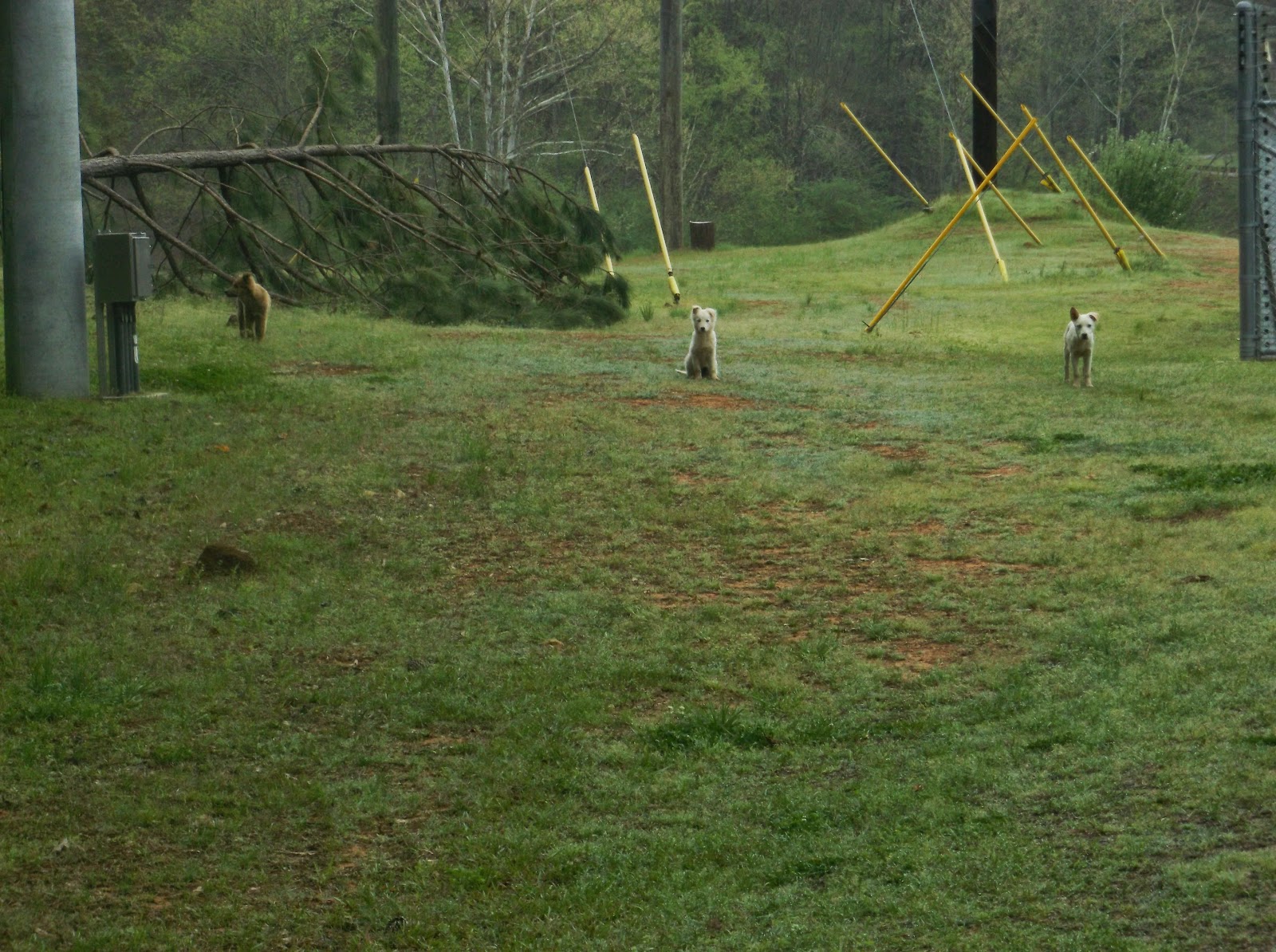 As I walked towards Access 6 I notice I had some unexpected company following me. I tried to get closer with the image shot, but they were having of that.

As I moved up the mist covered tailrace I notice trout rising in one of the fast seams I usually fish. The trout were rising with no visible hatch, but that didn’t keep me from tying on one of Alan’s dries.

The footage for today’s trip is not my best at handling the trout. Hope you guys enjoy.

Hey Bill, I'm enjoying your new toy. The audio is the best I've heard. Loved the sounds of the fish fighting. Need some narrative to round things out though.

That really is a good looking stream.

Bill I loved it. Not a lot of back ground noise to interfere with the actual fishing. I'm glad the flies worker OK for you but a lot of the credit has to go with the guy fishing the fly.

Bill....doesn't trout season open next weekend? Just kidding. Those fish gave you a pretty good pull. I was impressed by the water clarity on the video.

Kudos to you, Bill, for sharing your time on the stream with us. I really enjoy the additional goodness that you bring to your blog with the video. The tailrace their looks like a fun place too fish.

Videos are looking great! Nice fish! The water looked very clear. I imagine not lining the trout was a challenge! Nicely done!

Howard
This is a fantastic little video camera, yes the sound will pick up all the bird nature in the background. As for narrative, I figure you guys would rather watch the action instead of me rambling on. Thanks for the comment

RM
Glad you enjoyed the footage, I wish I had got some action of the actual takes; hopefully next time that will occur. Thanks for the comment

Mark
I sometime think I am up in the Northeast U.S. fishing the Sipsey. Alabama Power did a fantastic job of restoring the stream to its natural habitat. Hats off to Brandon and Randy at the Riverside Fly Shop for being the driving force in making the tailrace what it is today. Their work has been endless. Thanks for the comment

Alan
I wish you had been with me today to witness the action on both flies you tied for me. I knew the Picket would produce, but what I was surprised with was the Soft Hackle and how aggressive the trout were hitting this fly. You can bet both flies will see a lot of action on the Sipsey. Thanks for the comment

Lester
Super clear and really cold even in the summer months. In fact 10 miles down the tailrace one will get a temp reading of 55 to 57 even in August. The water released into the Sipsey is coming right off the bottom of the 300 feet deep Smith Lake above the dam. We are lucky to have such a fishery in Alabama. Thanks for the comment

Mel
I kind of mirror your situation out your way; I can be fishing for trout, spotted bass, monster bluegill, crappie, white bass, catfish and other species of perch, all within 20 minutes of my house. Aren't we blessed. Thanks for the comment

Noco
I have some work to do when it comes to bringing the trout to hand. I didn't use my net because I didn't want to get the hook tangled in the mesh of the net. I am on the look out for a rubber net. Fishing the super clear water is another plus of fishing the Sipsey. I will be posting some details about the filming aspect of the Contour on my next post. Thanks for the comment

I think most of us would love to hear you ramble on Bill. You're a wise man.

Another nice video. B/c off all the rain, it'll be June before any of the TW's in AR are wader friendly...so please create a few more videos for me!

Howard
I'll add some rambling just for you on my next filming trip. Thanks for the comment

Drew
Can't believe you are that far out from a wade trip there. I hope to back on our tailrace next with some more footage. Thanks for the comment

Mark
A lot fun landing those stocker trout on a 3 wt. Thanks for the comment

Nicely done, Bill. Love the bird calls and the water song along with the catches!

Walt
I had rather listen to nature' sound in videos, as opposed to background music. Thanks for the comment

Love the vid Bill..how long a leader do you usually use? I'm thinking I may not be using enough length on mine..