It has been a month since I mentioned my Contour video camera. Just to get you up to speed on what I’ve been doing with camera is learning the mechanics of the filming and working with the editing software. I will go into detail more on the camera and the software later in an upcoming post. but today I wanted to let you guys see some footage that looks presentable. Some of my earlier attempts at filming didn’t work out so well. 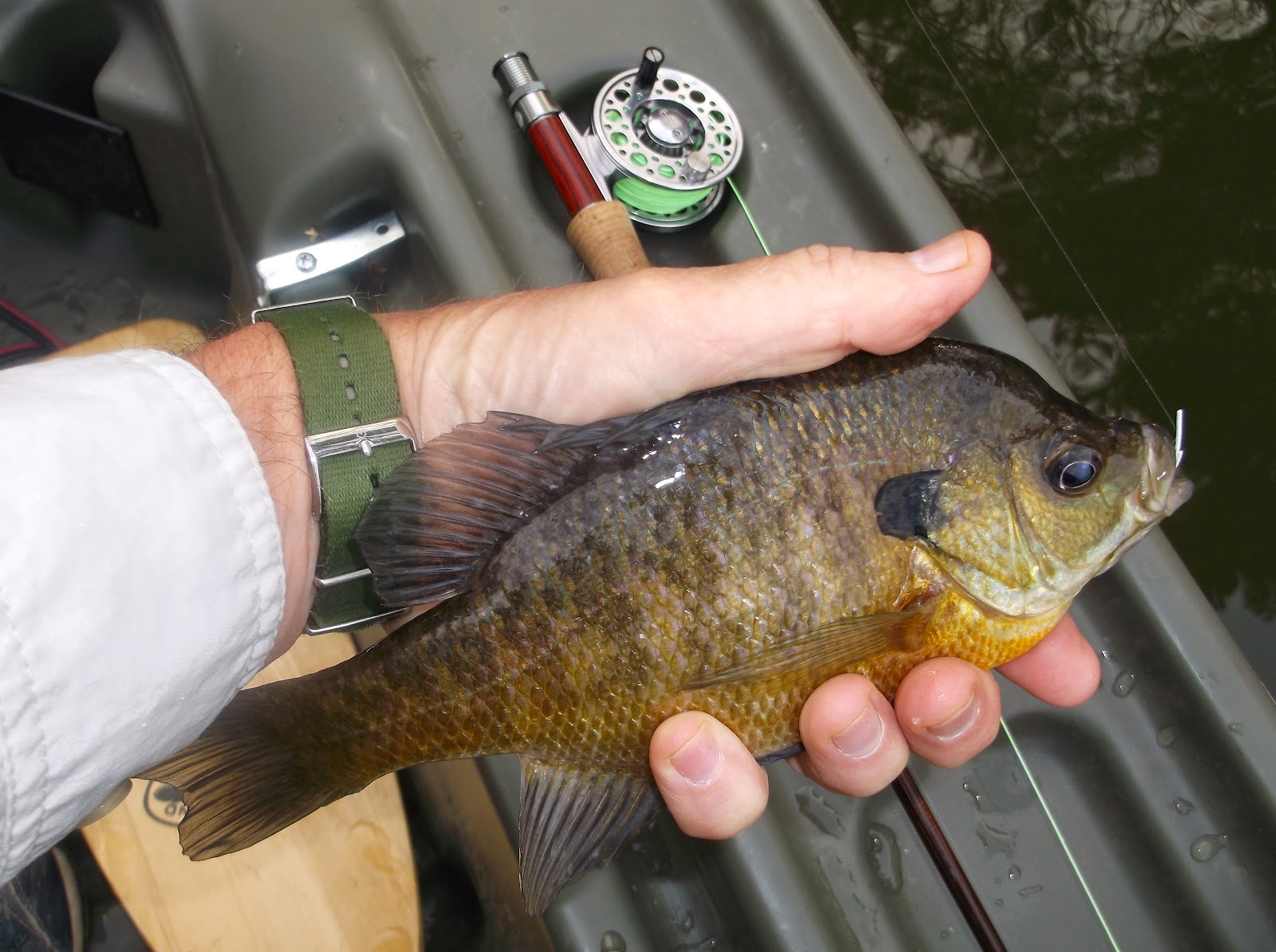 I wish I had this nice bluegill on film, she put up a strong fight on the 3 weight. All the rest of the bluegill were small but fun on the light combo. The morning was slow due to lots of fresh water and numerous cold fronts, which is typical this time of the year. No counters on this outing. 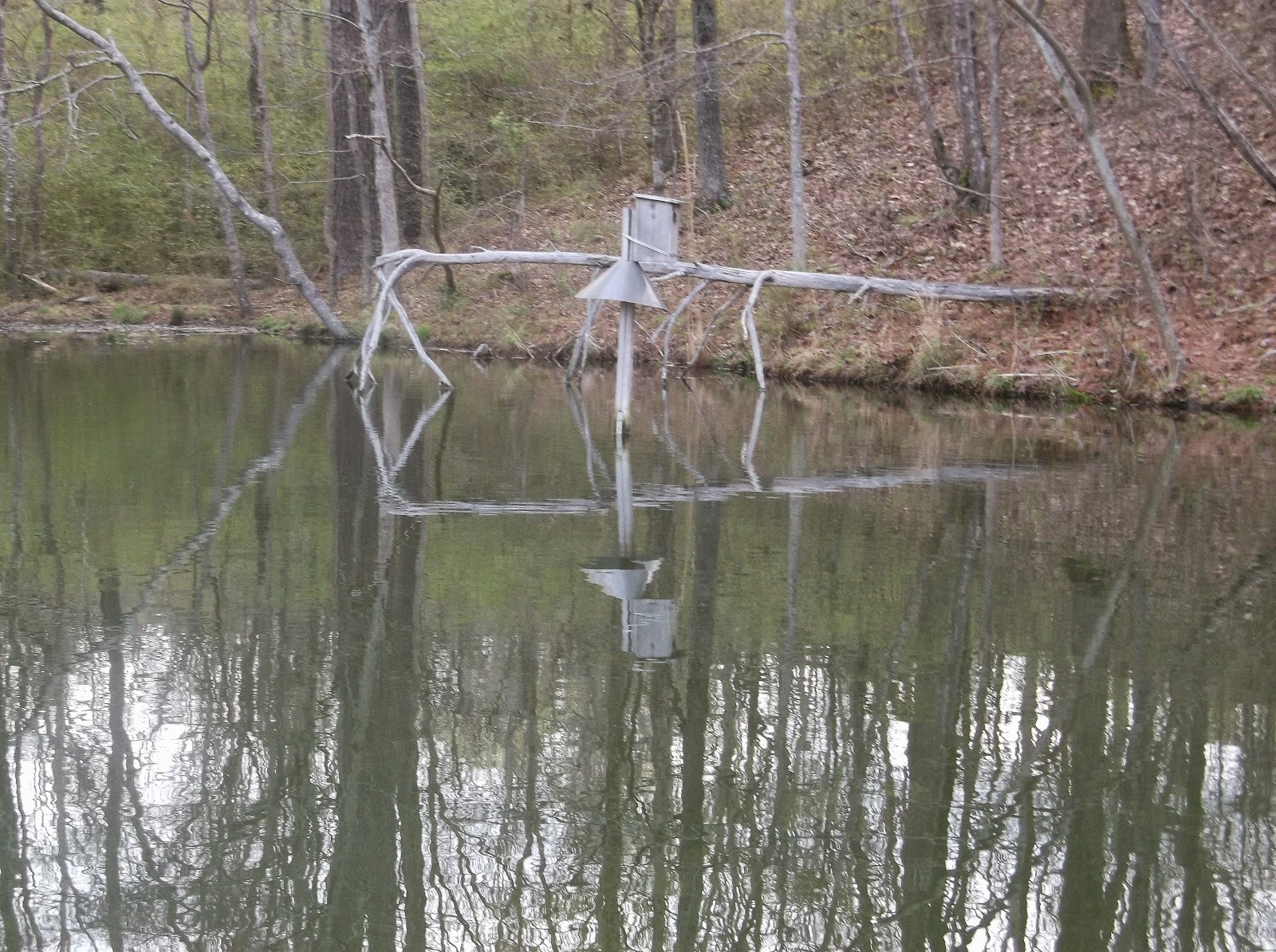 What kind of boat is that? Nice footage by the way.

Kevin
It is the 10ft. Pelican from Academy Sports, really a handy little boat to fish small lakes and ponds. I can stand with ease and cast. I replaced both seats that came with the boat with thick cushion seats that are much more comfortable. I did a post or two on this boat sometime back----

I remember looking at those boats a long time ago. How do you get it down to the water? Are you dragging it down the boat launch?

Bill, take a bow. That was wonderful. Fine fight, and great rod work.

Great job on the 1st run. Short, sweet, and fish were the stars!! Look'n forward to more.

Kevin
A very short drag to the water's edge. I never drag it on the launching ramp. Really a handy boat to fish small lakes and ponds. Thanks for the comment

Mark
A good start after several failed attempts, I am still learning. Thanks for the comment

Drew
The Red Eye Bass reminds me of the rainbow on our tailrace, lots of acrobatic action. A lot of fun on a 3 or 4 weight, especially the size I was landing. Thanks for the comment

Lester
The raccoons really put a dent in the mallard nesting for a while, hopefully the covers will help. thanks for the comment

Alan
The Red Eye Bass is a native of the creek that flows into the lake.They are great fighters on the fly rod. Thanks for the comment

Bill! Nice footage! Very nice. I look fared to your post on the technical aspects because I want to try video and I will get my start from your tips! Nice fish and sweet Gil!

Great video! gotta love when those bass jump out of the water!

Enjoyed the video, Bill! Like that little boat, as well.

Noco
I thought there was nothing to filming one of my fishing trips, but I found out different when I actually started working with the camera. I am still learning; a post coming soon on the details. Thanks for the comment

Howard
How about those bass for action shots!! thanks for the comment

Juan
I was lucky the bass performed that well for me. Thanks for the comment

Phillip
A very safe boat and light enough to get to the water. Thanks for the comment

Penman
Thanks for stopping by and glad you enjoyed the footage.

Hello, Bill! Boy seems like I have a lot of catching up to do here. Take a break away from the blogging scene for just a month and you are out tearing up with all your new equipment. I thought your video was outstanding. Seems like you were laying out a fairly lengthy cast to catch those fish near shore. By the way, I sent you an invitation the other to join my new blog and you joined. I thought I was going to go "Private" with a new blog, but, there is nothing "Private" on the internet it seems. So, now it is not private, and, business as usual. I will need you to change your link on my Blogroll so you and other friends can stay in touch on my new one. Here is the link:
http://grampsgonefishin.wordpress.com
Thanks a bunch, my longtime friend.

Mel
Really glad you are back with us, I have missed your post, and look forward to some bluegill outings from you. I am still in the learning stage with the filming, hopefully I will get better as I become more accustomed to the head movement, while filming. I will add your blog to my roll. Thanks for the comment

I was hoping to see a report on the fish picked up with the soft hackles...

Neil
I will have a clip using the Soft Hackle in a couple of days. Thanks for the comment