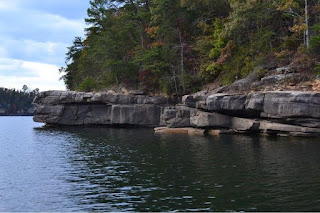 Spring fishing can be some of the best times to land some really quality fish. The fish are much more active this time of year with the water temps warming and the spawn occurring. Feeder fish such as small shad is the number one prey for the bass on a lot of lakes this time of year. If one can mimic the tiny shad then you are in for some fantastic surface action for largemouth, smallmouth, and spotted bass on most large bodies of water this time of year. Some of the favorite lures Bass fishermen used to get a hit is the Rapala, fluke, or prop lures. Fly fishermen used a variety of patterns to imitate the shad as well, such as streamers, soft plastic shad patterns, and poppers. If given a choice to fish with the bait casing gear or the fly fishing gear, I would choose the fly fishing method hands down. There's nothing like landing a quality bass using your favorite weighted fly rod. Well, let me restate the bluegill would have to be near the top as well. 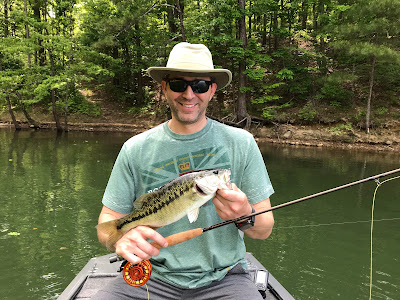 I look forward every year for Spring to arrive knowing that I am in for my best fishing of the year. Jason and I got to experience the Spring fishing at it's best this past week. Jason was home for seven days and we spent four of those days fishing beautiful Smith Lake. Some good times were had landing countless bass and huge bull bluegills using the poppers at daylight and afternoons fishing Smith Lake! Jason was using his new IM10 fly rod which was a birthday present from me and his mom. The bass was killing the Glow After Dark Cream Boogle Bug Popper!! 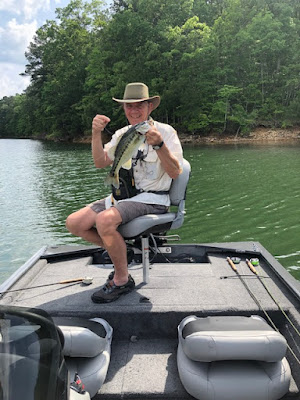 Another spotted bass took on the cream Boogle Bug. There is something about the Boogle that gets the attention of bass. We were working the popper to mimic a wounded shad; it worked every day we fish the Boogle! 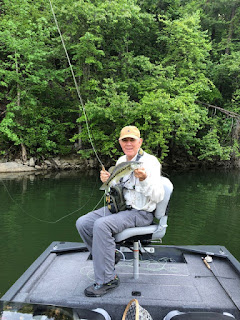 Early morning still a little cool on the lake until the sun starting peeking through the clouds. 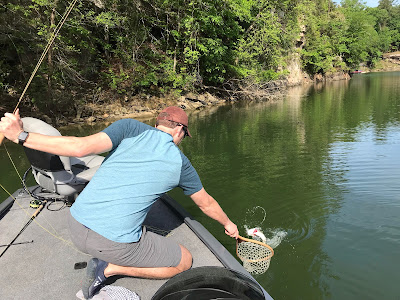 The afternoon didn't slow the bite down 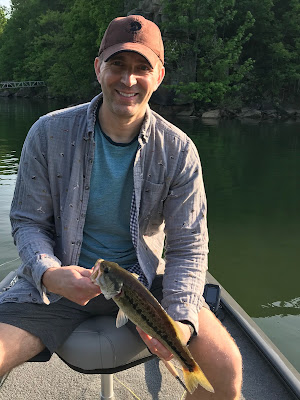 All the bass taken during the days we fished were taken on top using either the solid black Boogle Bug or the Cream Boogle when the shad were active. 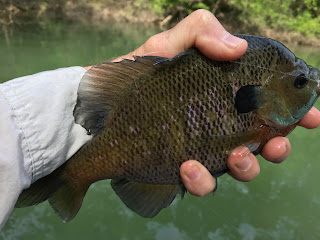 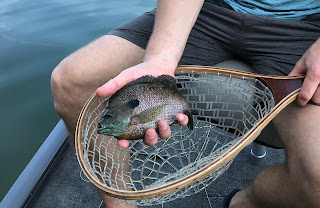 The big bulls were active as well using the Barr Nunn black and yellow poppers. The spawn will begin the last of this month. At times both of us thought we had bass on when landing these bluegills because of the tremendous fight they would put forth. I'm already looking forward to our next outing when Jason will return for more topwater action in June!!