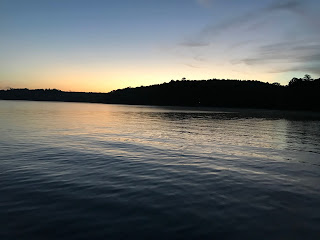 Today's title is appropriate for this post because simply put no popper produced today on Smith Lake. The daylight trip started with a couple of true and tried poppers that usually get hits but the bass and bluegill were not interested. Smith Lake is on the drawdown right now causing the fish to move to deeper water. In fact before the drawdown is complete Smith will fall at least 12 to 15 feet before the water levels start to rise again after the first of the year. 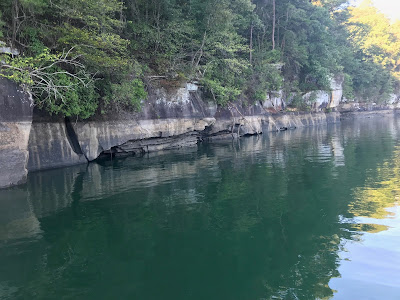 Overhanging limbs hanging from huge trees growing on the top of the rock walls; small bushes and even small trees rooted in the rock walls produced a tremendous amount of food for the fish. In other words, this kind of bank is the Walt-mart supermarket for all the fish species waiting below. 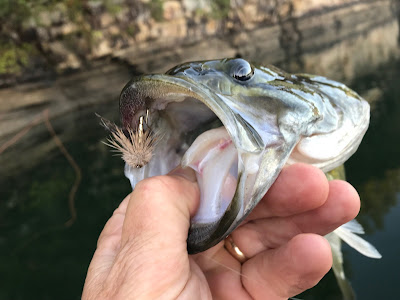 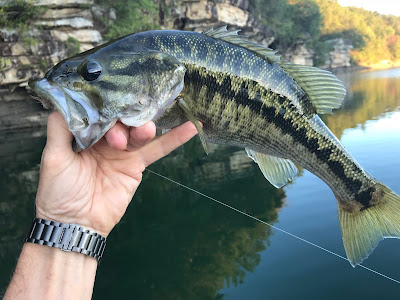 This healthy spot exploded on the Moth as soon as it touched the silk smooth water surface. Notice I said Moth, not Muddler; my reasoning is it mimics the small moths I've seen stationed on some of the tree limbs here. The fight this fish put forth was worth getting up at 4:30 AM. He was released to fight another day!!! The colors on this Spotted Bass are the most vivid I've seen on any bass I've landed here. 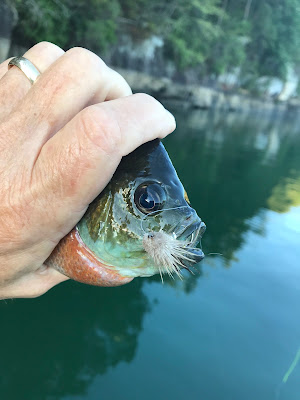 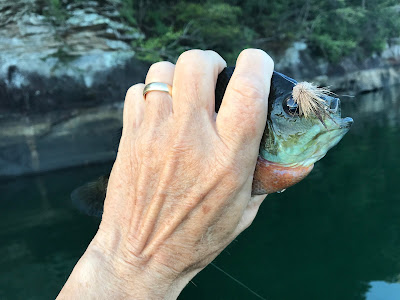 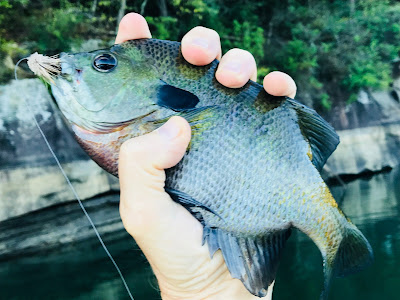 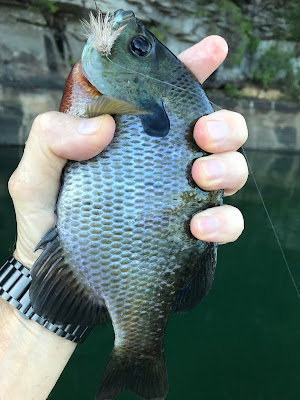 These four gills nailed the Moth in different ways making me think a couple were annoyed with the fly and a couple really wanted a meal; one will make the quest count. 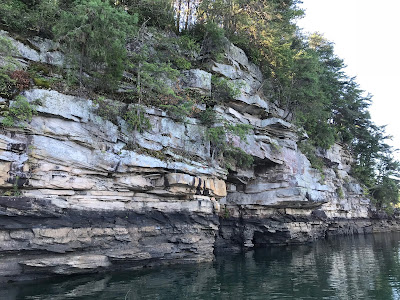 I've fished a lot of waters in my years of fishing but when it comes to beauty and an abundance of fish Smith top them all!!!