The detective that was handling my thief case concerning my fly fishing equipment called me Thursday morning. He wanted me to come down to the police station Friday and identify some fly fishing rods and reels he had recovered from a house in a county north of the county I live in. Naturally I was at the station at Friday, ready to take a look at the equipment. I was thrilled and kind of disappointed at the same time because what I found was two of my Redington fly rods and two fly reels those being my Redington 2/3 wt. and one of my prized Gloomis fly reels 3/4 wt. What I was hoping I would find was my Greys Streamflex 3 wt. with the Gloomis 3/4 fly reel, but I was still happy they recovered the two I took back home with me.

There was an article in our local paper a couple of weeks ago concerning an elderly couple who lived in downtown Jasper that had their house burglarized. This happened when they were at a friend’s house one weekday morning two weeks ago. The thieves stole over 15,000.00 dollars of antique glassware. The police in Jasper working with the Winston county police department discovered that this burglary and others that were occurring in the area was a huge theft ring operating in three counties in around the walker county where we live.


There was a search warrant issued to search a house in a neighboring county, who they believed belong to one of the thieves. Upon entering the house they found most of the glassware, and numerous other items that had be stolen the past couple of months. The individual who lived in the house was not there. My fly fishing equipment was found in that house with all the other stolen items. The police are still investigating the case and hopefully some more of my equipment will be recovered soon. 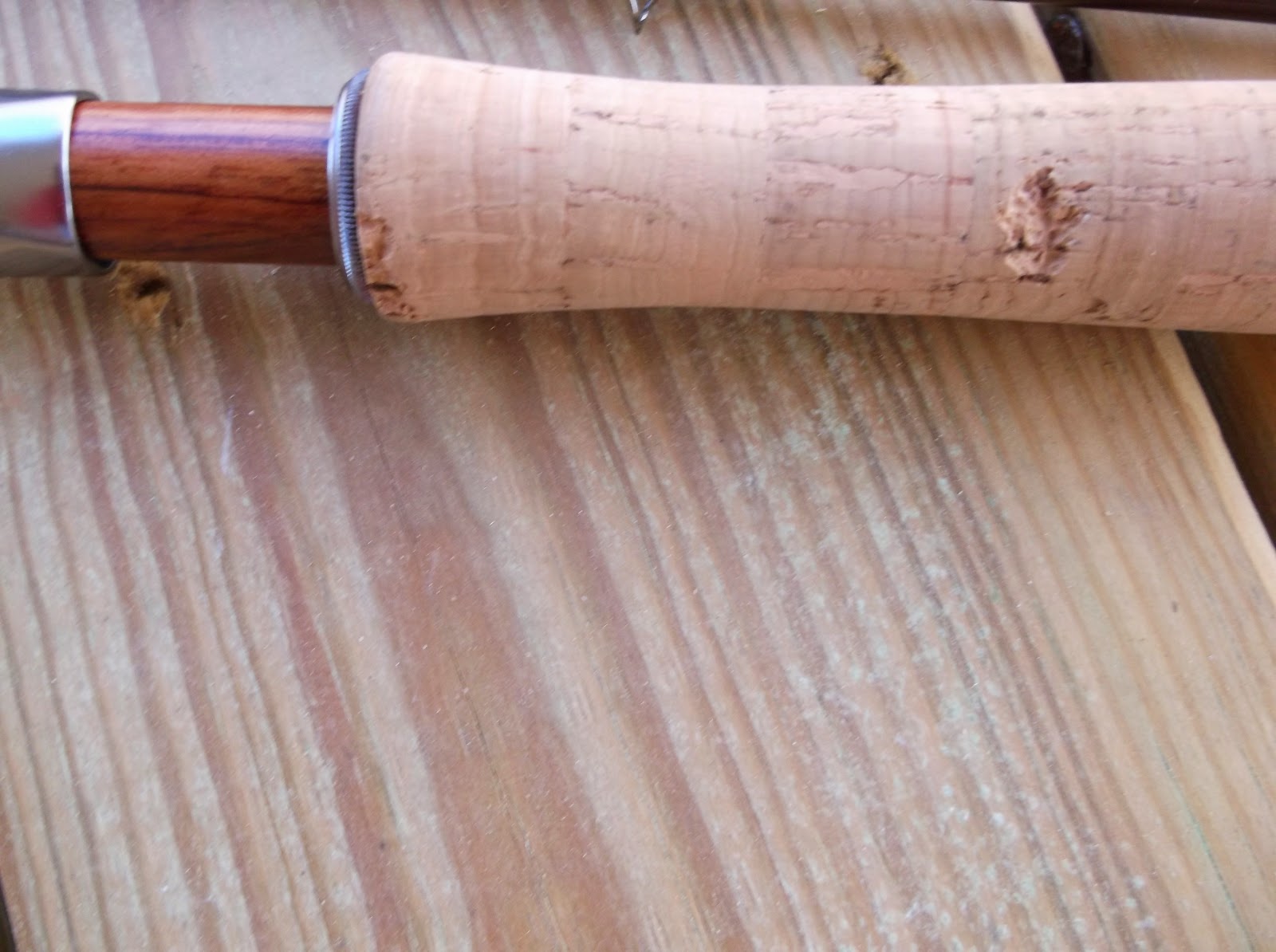 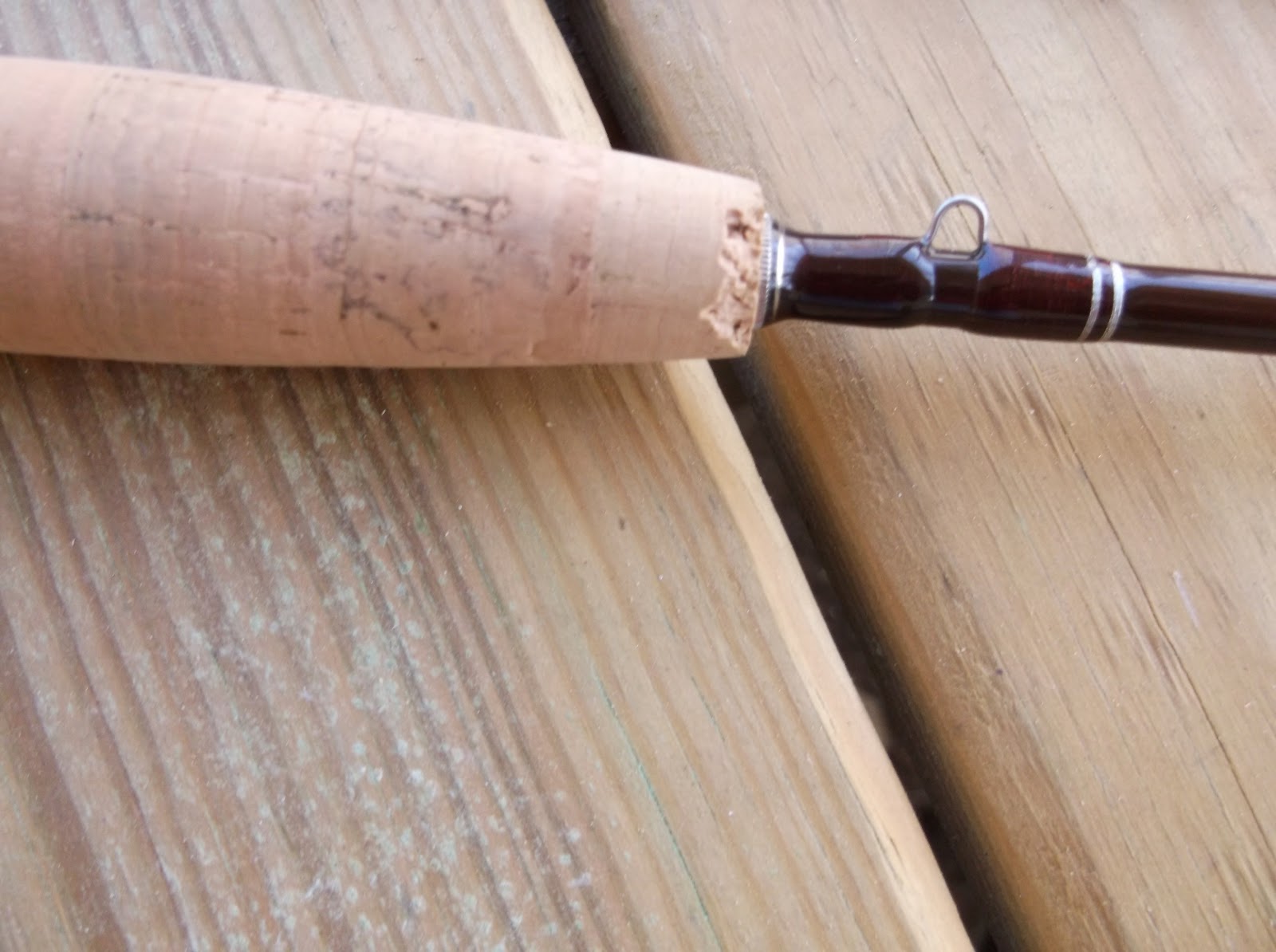 The handle on my 7 ½ ft. fly rod looks like a mouse had nibbled on the cork. The fly rod was found in a closet in this run down house out in a wooded area some miles away from town. 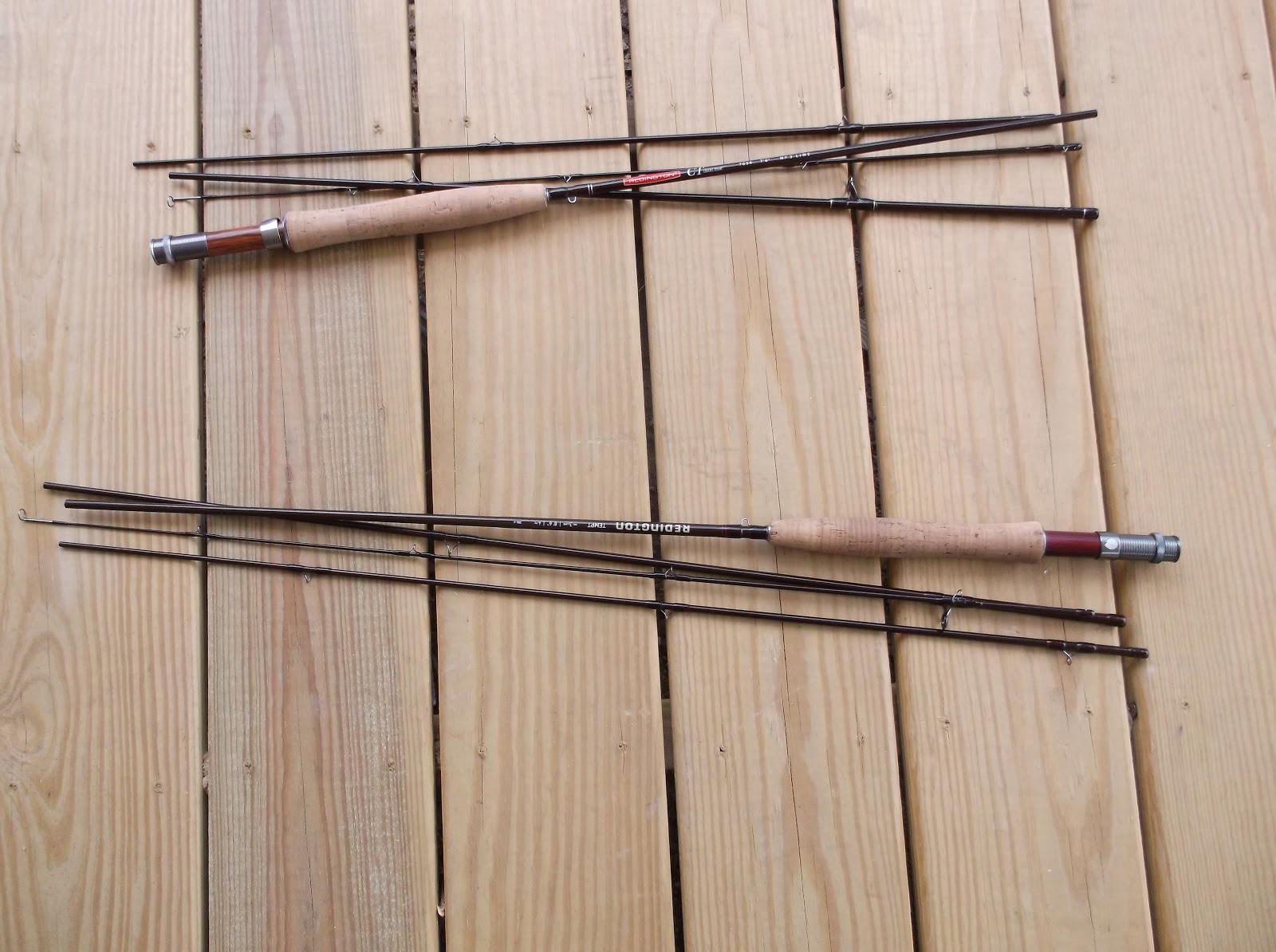 I was especially pleased to get my 8 ½ 3 wt with my Gloomis 3/4 reel. These reels are hard to find and when one goes up for auction on Ebay it is gone in a matter of days. I am very lucky to have recovered any of my fishing equipment and I hope my Greys is the fly rod they find.
Posted by Bill Trussell at Sunday, March 16, 2014

Wow, I figured that stuff was long gone. Glad to hear you recovered some of it.

This is great news Bill! I'm happy that progress has been made on that case and you got some of the gear back.

The world sure has some crum bums in it... so sorry this happened to such a nice guy. But, I guess you did get lucky finding some of it.

That's great that they found some of your gear..and other peoples as well....

But "us" Fly-fishers gotta stick together...watch others backs...
this stuff is happening too often...

Kevin
At least I got two out four back. Thanks for the comment

David
I was especially pleased they found one of the Gloomis reels. Thanks for the comment

RD
The thieves were using the stolen items to buy drugs, so that tells one the kind of individuals we are dealing with. Thanks for the comment

Fly
I know how he felt, glad he recovered his equipment. thanks for the comment

Alan
I really hope they can find the Greys fly rod and Gloomis reel with it. Thanks for the comment

glad to hear you recovered some of your stuff!

Mark
I was lucky to get those pieces back. Thanks for the comment

Well, Bill, I had resigned myself to thinking that you would never recover those items. Or even some of them for that matter. Really happy to hear that there is some good in life. Tired of reading about how the "Bad guys" are taking over. Hope this is a sign of a great fishing season for you.

FANTASTIC BILL! Sorry the other items were not recovered; however, they have an idea of who is involved so that is a blessing! I am glad you got some of your property back because most of the time that does not happen! I hope more is found for ya! Tight lines my friend!

That is fantastic! Hopefully the rest of the pieces come home soon!

That is outstanding news! Although, they haven't recovered your other set up, having 2/3 back from a robbery isn't too shabby I would think. It also, give you hope that the other set up can still pop up! ...and I hope it does!

Wow! I'm totally impressed that your local police followed through and reconnected you with at least some of your stolen gear. If you were dealing with a bigger metro PD, I'm sure there would have been little hope of the connection being made between your burglary report and fishing gear found in a house in the next county. Very happy for you and I hope they recover the rest of it for you too.

Mel
The police called a couple of days ago and said they are still investigating the case, so there is still hope. Thanks for the comment

Al
The police told me if they find where the main building is that stores all the stolen merchandize they probably find my other fly rods. Thanks for the comment

Nick
It may take a while but I think they may find the rest of the equipment. Thanks for the comment

Justin
I think all the lures are gone but the fly rods still may be found. thanks for the comment

Jay
I had given up hope of finding any of the reels and rod, but the police really surprise me on this one. Thanks for the comment