Another Successful Trout Fest in the Books

A beautiful cool fall Saturday welcomed in this years Trout Fest which was held at the RiversideFly Shop, located on the banks of the . The event was sponsored by the Sipsey Trout Unlimited Chapter 639. This years Festival was loaded with activities, such as dry fly casting, door prizes, raffles, guest speakers, casting tutorials, children’s activities, casting competition, exhibits, fly tying, and striper-on-fly-forum. It was a fun event for the young and old, male and female and most of all a way to meet and greet avid fly fishermen and women. The event was to raise money for the big trout project that the Sipsey Trout Unlimited Chapter 639 has sponsored for the past couple of years. Last year’s goal was to raise 1500.00 which was met and this year’s goal reached that number and more. It is so rewarding to see so many fly fisherman turn out to support this cause. 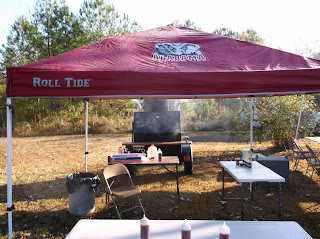 I have to commend the guys in charge of smoking the pork and spare rids for lunch, it had to be some of the best pull pork I have tasted in a long time. Everyone else present agreed the meal was outstanding. The big smoker was smoking long before the crowd showed up. 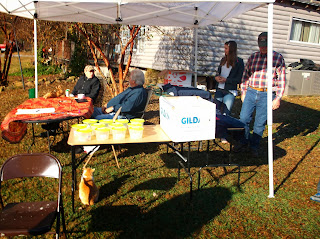 Everyone attending could sign up here for a 10.00 ticket that was good for lunch and a chance to win the 10 ft. Nucanoe Frontier Hybird Kayak, worth 1,049.00. Notice the round plastic containers on the table, the lids were labeled with the name of each item to be raffled off.  One could buy 5.00 tickets for a chance to win any of the raffled items which was given away after lunch. 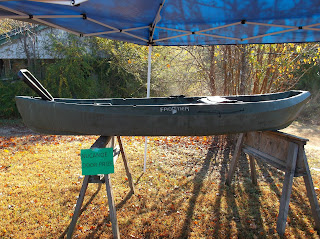 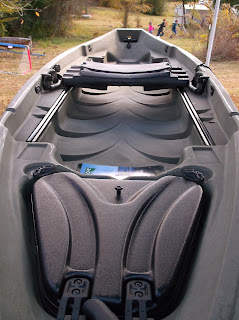 A lot of 10.00 tickets were sold to win this item. The individual who won the Nucanoe told me that his present canoe was on its last run, so winning the Nucanoe was a welcome addition for him. 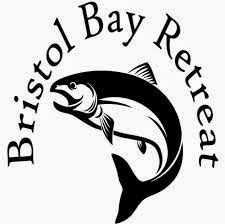 The Bristol Bay Retreat in King Salmon, was another fantastic prize for the right ticket holder. A 10.00 raffle ticket would get you a chance to win this trip for two valued at 6500.00. A lot of tickets were sold for this trip of a lifetime. 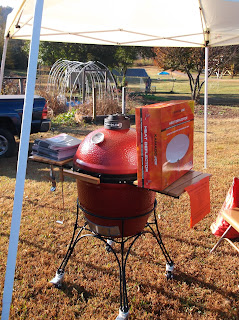 This was another item that got a lot of attention and sold a lot of 10.00 tickets; the Kamado Joe Ceramic Grill and Smoker, valued at 849.99. Other items that were raffled off were: Measure nets with rubber bag in three different sizes, pair of Korkers guide boots, Echo Edge fly rod, dry, nymph, and streamer fly boxes, 2 spools of Air-Flo fly line, Guideline Sunglasses, Guided Drift Boat Trip down the Sipsey Fork, and a Wading Guide trip for two from Riverside Fly Shop. 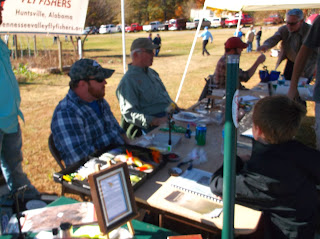 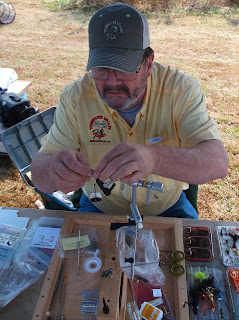 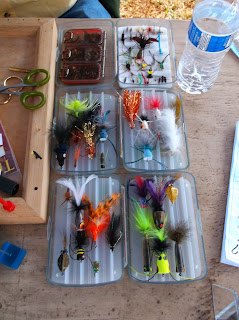 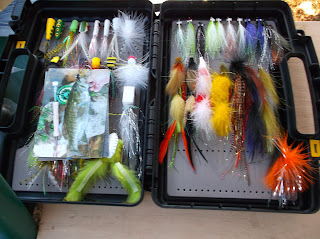 An array of streamers, dries, and nymphs were on display. 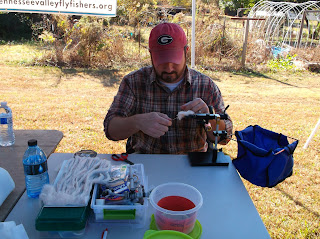 Enjoyed seeing all the pics, and reading your account of the day's activities, and agree that the Riverside Fly shop did a great job as host, but was a little disappointed that there was no mention that this was actually an event of the Trout Unlimited Sipsey Tailrace Chapter 639.http://www.sipseytu.org/Brochure2_PDF.pdf

Grace
I was using the brochure to complete the post and just forgot to add the Chapter. This post took quite a while to complete, because I kept adding things, removing items and rearranging images, so in all the clutter that got left out, but if you take a look now it is there in the intro. If you see anything else I missed please email. Sorry for the slip-up--thanks for the comment

That's a great get-together. Wish I could be part of something like that. Bill, I was asked to review a book. It may be up your alley. I'm going to post it soon. Thanks for the post.

Bill,
Very nice. Looks like it was a success. I know all enjoyed it.

Alan
Yes larger trout on the tailrace was accomplished. thanks for the comment

I'm late for the party Bill. Did you save me some pulled pork? My hat is off to all the TU chapters. They do good work and really know how to throw a party. Those were some great prizes. By the way buddy, I got something in the mail from you today. You could of knocked me over with a feather. A very nice gesture and I thank you. I'll post how well I do when I get a chance to get out.

Howard
I need some of your luck to win some of those prizes next year. Glad to know you got the flies, now all you need some decent weather to try them out. thanks for the comment

This looks like a lot of fun! Thanks for sharing the pics Bill!