Fishing the Mystery Nymph with Success 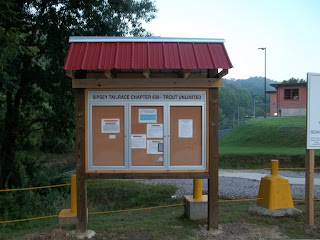 I was back on the Sipsey Tailrace on Tuesday at daylight. There was a slight fog on the surface but I could still see the Bomber dry fly floating effortless through some of the runs. I had the luxury of not being so rushed to fish some of my favorite spots, because I had the upper tailrace to myself. I saw my first fly fisherman about two hours later.


I actually needed the extra time given me to try and present a pattern that the trout would take. It was the Bomber for a short period, but after the dry action stopped I had to go with a nymph pattern. 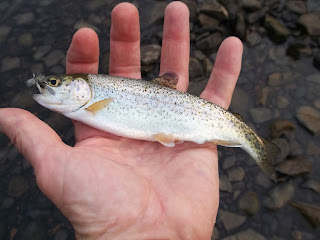 The one and only on the Bomber for the morning. I missed a number of takes before this bow actually pulled it under. It is so frustrating when the trout are sipping at the fly instead of actually nailing it. When I see this type action I know I have to start nymphing. 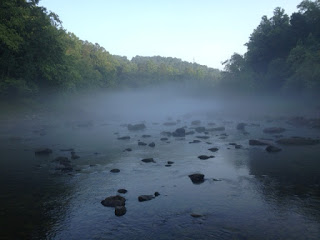 Working my way up the Sip, through the fog and some awesome runs in front of me. 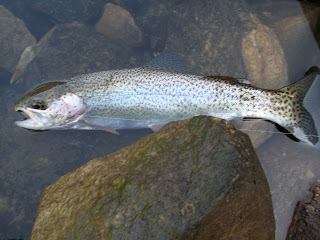 Nice rainbow on the mystery nymph 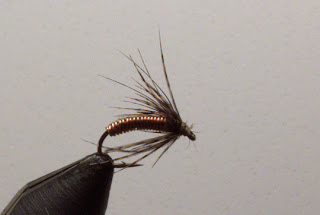 Yes the mystery nymph, this little fly was tied by David at The Trout Zone. It has no name at the moment, so hence the mystery fly. This was the one fly that I fished while nymphing the rest of the morning and landed some really quality trout in the process. I was fishing it under an indicator, but soon discovered that I needed some extra weight to get near the bottom of some of the runs. A tiny shot crimped about 10" above the nymph worked to perfection. 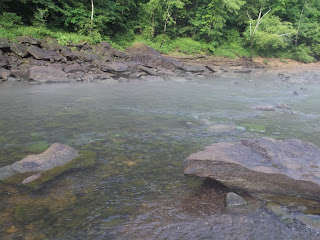 One of the runs on the far bank that produced early, it was kind of difficult determining a take, because of the fast water in the narrow seam, so when in doubt still set the hook; which enable me to land one of the better trout of  the morning in this run. 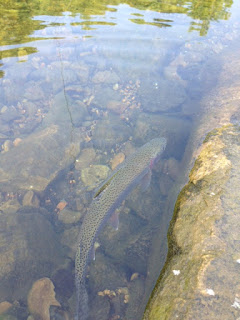 The better trout was this guy which gave the 9 ft. 3 wt. a real workout, especially against the current.  I discovered the fight was not over after I landed this bow. He wasn't about to pose for a pic in my hand, so an image underwater worked well before he darted off. 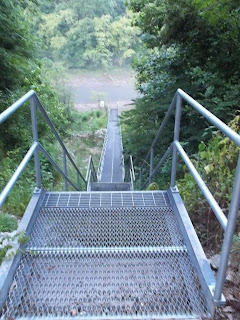 Access 6 walk way right to the waters edge, where I started fishing early. 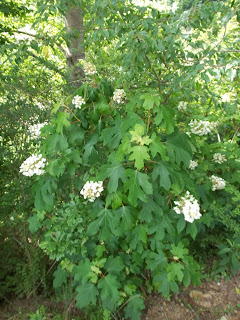 Some of the Mountain Laurel that line the banks of the tailrace. We are very lucky to have a place that offers some great trout fishing like this in the state of Alabama.

Nothing like a simple pattern that produces, great photos too.

The picture with the fog is quite majestic! And that nymph whatever its name ends up being looks like a good one! I like it and may have to tie something similar.

Boy, Bill, that is one fine looking trout you were able to get a quick shot of before he swam away. Interesting little wire soft hackle from Dave, too. Thanks for sharing.

That's a great resource you have there. Cool waters raising mist..awesome.
Good to see the Bomber still working.
Sometimes you have to fish deep to bring results.

Atlas
I only have two of these little flies left, I hope David can get more to me soon. I think it is going to produce well on the tailrace. thanks for the comment

Mel
That rainbow was the best I have landed this year. I lost another one a couple days ago a little larger. That little copper nymph David tied for me is a winner. thanks for the comment

Alan
The Bomber is my go to dry for this tailrace. I have more success with it than any other dry. thanks for the comment

Wonderful looking water Bill. I suspect that David knows what he's talking about because he ties some nice flies.

Those are some great looking fish! Great job! That picture of the fog on the water is outstanding!

Howard
David said this is go to fly when nothing else will produce, I see why after tying it on the other day. thanks for the comment

J
This tailrace has developed into a nice place to fish for some quality trout in Alabama. For me it is the next best thing to out west. thanks for the comment

That looks like such great water. I love the picture of the fog. That's a picture I would blow up and frame. Great shot! I haven't figured out how to fish a nymph, yet, but I do know it will produce when they aren't hitting anything else. One of these days...

Great rainbows! Awesome picture of the fog, too.

Justin
Nymphs are not that difficult to fish, I had some problems at first learning when to detect a hit--after fishing them for a while you will adapt. thanks for the comment

Bill, I'm not sure how I arrived at your blog, but I am glad to have stopped in. As others have commented, I enjoyed some of the great photos you took, as well as your blogging.

Brendan
Glad you stop by and enjoyed the read, I will have to visit your blog as well. thanks for the comment