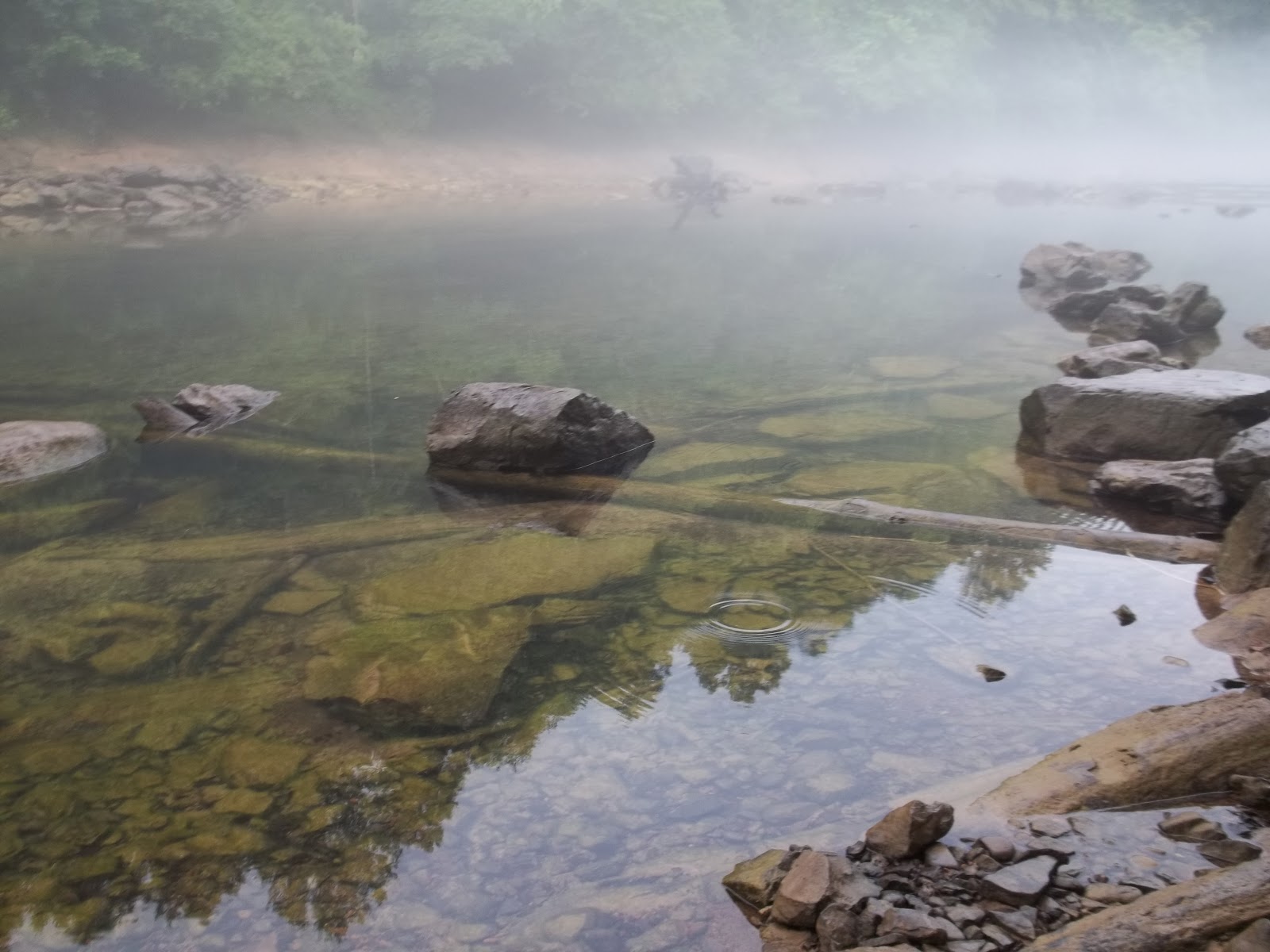 Over the years I have used various ways to connect my leader to the fly line; my first method was using a simple clinch knot to connect both lines. This was years ago when I was using a heavy 5 weight fly rod with a cumbersome South Bend automatic fly reel. One could get quite a workout when paired with this combo all day. The knot was satisfactory as long as I kept it clear of the tip guide, where it would usually hang up.

My next method was the fly line pin, which was a booger bear to insert into the end of the fly line. My Dad wouldn’t use anything but the pin. He liked the pin because it would run through the guides with ease; I would always get him to pin my fly line. 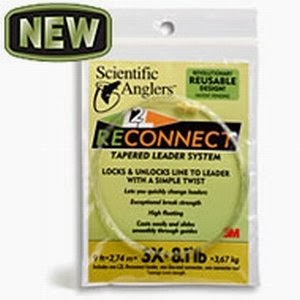 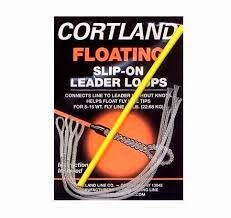 My next adventure with the connector was the loop that is manufactured by numerous companies. I have two complaints with this connector; one is the sinking of the loop after it becomes water logged. The other is the loop itself not being flexible enough to close. This connector can be very difficult to connect to your fly line. I tried this connector less than a year. The loop has a tendency to disconnect from the fly line. 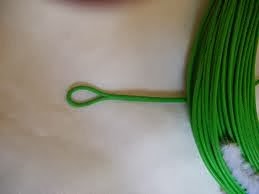 My present connector is the fused leader loop into the fly line, which I consider the best I have found for me. I will never buy another fly line unless it has the loop built in the fly line. The loop is found in most fly lines priced above 40.00. Cabela has some line in the 30.00 range with the loop, if you don’t mind the bright orange color. The only color fly line I use is olive or green. What is you connector preference and why?

Email ThisBlogThis!Share to TwitterShare to FacebookShare to Pinterest
Labels: Miscellaneous

I use factory loops, the braided ones, or a nail knot loop depending on the situation. Factories are great until they break. The braided are good for sink tips and shooting heads, and tying a piece of mono to tge line with a nail knot and a perfection loop in the other end is good for replacing that broken factory loop

I tried the Reconnect and disliked it. I use the slip ons. I've only had one issue where I lost my leader and slip on loop because it had been on the line for so long. So, now I double check the grip before the season begins - and especially after I put it on and after my first few tips out.

oddly enough i use the cortland loop to line connector with the heat shrinking piece at the end. i love it, to me it has been easy to fasten on, even streamside. never had an issue with it sinking with my wf lines. when installing them you need to do almost as you would with chinese finger cuffs, push at both ends...

Reconnect was awesome. I wish they still made them.

I went through a similar evolution in line connectors and agree that the manufactured loop is probably your best bet, although I find that with cheaper lines that don't have it, the so-called "perfection loop knot" works well. I tie a loop, small as possible, in the end with a 3-step process that's a little tricky, but fail-proof. Thanks!

I just tied a surgeons loop to the end of my fly line! lol the loop is definitely more simple than having to tie the leader on every time!!

Bill, I too have tried various methods and like you agree that the built in loop is by far the best method. My only issue with it has been I have worn out the loop in some of my lines and needed a way to reform it. I did some searching and came up with this solution: http://atlasfishing.blogspot.com/2012/10/how-to-make-loop-connection-in-fly-line.html it also proves helpful for those who may buy a line that doesn't have a built a loop in it. Thanks for the post sir.

I use the Cortland leader loop. I'm not sure how you may have installed yours, but I've never had a problem with them coming loose. I do take time to install them correctly. If you use the shrink tubing and hair dryer, shrink it down tightly and evenly over the loose end of the leader loop, and then put a drop of super glue on the fly line that continues down fully into the woven part of the loop (visible through the weave) it will not fail... or at least not in my experience. they can be a bit stiff, but I've never felt it has hindered my casting or presentation.

Nick
I haven't tried the braided loop, another possibility. thanks for the comment

Blake
I just don't have any patience with the Cortland loop, some work for me and some didn't --thanks for the comment

River
Yes the fused in loop on the fly lines today are my favorite. thanks for the comment

Juan
My next post will deal with using the same leader for an entire season--that will certainly address your leader issue. thanks for the comment

Al
I checked out the link in your comment and discovered that is the route I will go when the loop on my fly line starts to wear. thanks for the comment and link

Jay
The heat was an issue for me--I used a candle, and should have used the blow dryer. thanks for the comment

I've used the Cortland connectors before on a few lines. No complaints except they do periodically hang up in the tip top. Now I cut the loops off the leader and the fly line and tie a nail knot and put a drop of glue on it.

The pin, a favorite for years. But now it's Orvis lines with the welded loop. The pin worked well with level fly lines.

I still use the old fashioned nail knot.

I'll use the factory loop until it breaks, and then I'll just use a nail knot to connect a very short heavy mono tip with a perfection loop tied on the end of it.

Example - when my 5 wt loop broke, I took a very short piece of 20lb mono, nail knotted it to the fly line, and then put a perfection loop on the other end. This way I can still easily make that loop to loop connection, and change leaders out with no hassle. (After both knots and it being tied onto the fly line, it should be roughly 2-5 inches. All your preference, too.)

I have never had a problem with this method.

Howard
The nail knot a good suggestion--thanks for the comment

Alan
I liked the pin, but was a hassle to install. thanks for the comment

Justin
The factory loop is my favorite as well--upcoming post will explain how to make that particular loop much longer. thanks for the comment

Nice post Bill! We use the braided loop and have had great success; however, it took a while to get it rigged in a manner that it did not have any separation from the fly line otherwise it is a pain. Another consideration is temperature to bond the shrink tape without damaging the fly line. A two person approach is what we use. Awesome post!