What Would be Your Top Five Fly Patterns to Use Nationwide

After Tuesday’s outing, I was wondering on the way home; what would be the top five flies that most trout fishermen would pick to fish anywhere in the , regardless of the hatch? My top five would be  a mixture starting with: 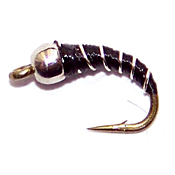 My number one choice for going down under would have to be the tungsten bead head Zebra Midge in sizes 18 and smaller. 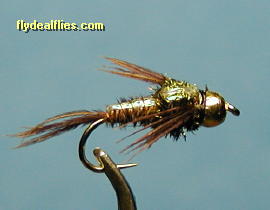 The Pheasant Tail is my second choice in size 14 and 16, again tungsten bead head 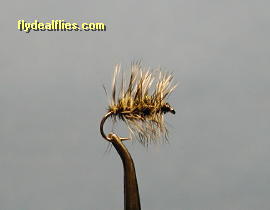 My third fly would have to be the Griffiths Gnat, this little jewel works for me when nothing else is happening on top---size 18 and smaller 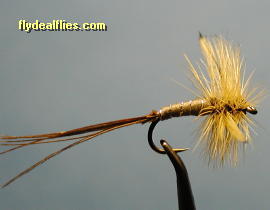 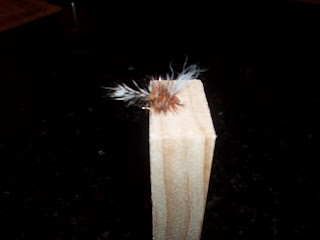 My last is another awesome dry pattern called the Bomber. This fly resembles the Parachute Adams, but has more hackle and stays afloat longer. This fly is tied by Alan at Small Stream Reflections, he has landed lots of brook trout with this one pattern.

I agree on the zebra midge and pheasant tail, my other three would be a caddis-elk hair caddis, parachute adams, and a black woolybugger. From brookies to bass, I use a bugger for everything.

Hmmm...PT nymph, prince nymph, GRHE nymph. White woolybugger as Kevin said and some classic Adams to round out the list.

You never know how tough a question is until it gets asked.

Kevin Frank
Renegade and the ant pattern are two patterns I have fished and both are excellent flies. Thanks for the sharing your list

JGR
Prince Nymph and the Adams are good choices. I feel both these flies would land trout anywhere in the U.S. Thanks for the sharing your list

Kevin
The Zebra Midge has to be my favorite nymph. Of all the nymphs I have fished; this one has been the most effective for me. Thanks for sharing your list

Bill-I'd go along with the zebra midge and bh pheasant tail, stimulator, adams and elkhair caddis.

Howard
The reason I did this post was to get some feedback on fly patterns I haven't used. The elkhair caddis is one I haven't used, I got to try it. Thanks for sharing your list

Alan
If I had to pick my number one dry it would be the Bomber. Picket Pin and the Mickey Finn, are two I am not familiar with. Do you have an image of those patterns? Thanks for your list

Kevin Frank
Elkswing Caddis Black I have used, but not the Elk Hair Caddis--I will have to try one, this is why I did this post to find flies I haven't used--thanks for telling me about Elk Hair Caddis

Adams, black wooly bugger, RS2, Brassie, and a soft hackle...if I were to choose just five :-)

Sanders
The bugger is one that will be trying for the larger trout in the slower water below the dam. thanks for sharing you list

Justin
San Juan Worm is one of my favorties---haven't heard of the Coffe Sparkle Minnow, have to check this one out. Thanks for sharing your list

Pretty much all of mine are listed somewhere above, but I don't think anyone else had my exact combination... so here goes...
Elk Hair Caddis (black or tan) size 16 or 18
BH Prince Nymph size 14 or 16
BH soft hackle size 14 or 16
BH "Rim Shoals" Zebra Midge (black with wire rib and tiny little midge flash "tail") size 18
Woolly Bugger (olive body, black hackle and tail) size 8 or 10

Though ask me on some other day and I may change my mind. :)

Jay
That Zebra Midge you are referring to is the best of all the patterns in the Midge category. All the rest you have listed are excellent patterns, I have used all. Thanks for sharing your list

Steve
I haven't heard of the Quigley Cripple ---I will take a look at this one. Thanks for sharing your list

Hard to pick 5 for the nation as you guys on the east coast have way more mayflies than we do out west but here goes.

The adams and elk hair caddis probably have accounted for 50% of all my fish on the dry, and the Fat Albert is simply the best hopper, cicada, stonefly imitation there is. It is basically a weapon of mass destruction on high country cutties!

Hi Rod up in Canada
I think the Adams and the Elk Hair will work anywhere. Glad to hear from a neighbor up North. Thanks for sharing your list

Yes!! Renegade! Praise be, a fellow Sears and Roebuck specialist. Actually, dates back to Hemingway. Dry dropper, but it's gotta be only ONE size. Ha!