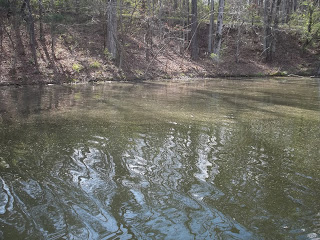 Friday was my first day in my quest to land 100 super bull bluegill in the next six weeks with the fly rod. This was the same challenge I made for myself last year and I actually made it to 85 before the tornadoes came through and shut down the electricity for two weeks.  After that happen the window to land the really big boys had past. The average big bull bluegill is over . These fish spend only a short period of time in shallow water, which is during the spawning period. Once the spawn is over they move back to deep water and stay there until the next spring. Sure you can still land the 5 or but the 8 and over are all feeding in deep water. So my goal this year is to actually accomplish this feat in a six week time period. I will post my progress as I try to move closer this year to my 100 mark. Friday was a slow day because of water temps again being in the mid 60’s. I did manage to start my quest by landing three in the 100 club. All three of these bulls were between 8 and . So I now have 97 to go. I will be making a couple of trips each week which should enable me to add a dozen or more each trip. 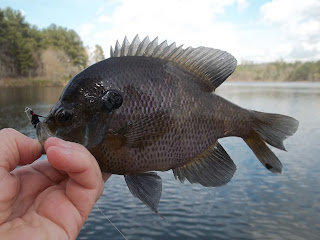 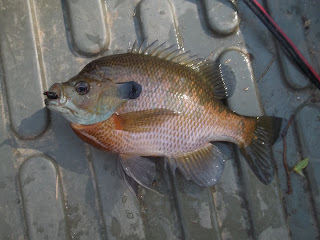 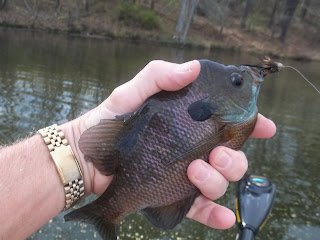