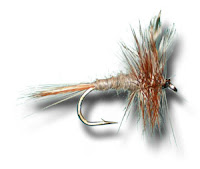 I thought I would share with everyone today some of the flies I have started sticking in my fly boxes. Notice I said fly boxes. I can look back on my fly fishing over the years and it only amounted to a K-Mart combo fly rod and a few poppers, and that was it. But since I got back into the sport some 3 years ago I added the trout aspect and that opens up a whole new avenue. Better rods, reels, and a lot more flies, not only for the trout but for the bass and gills I pursuit. So now I not only have the trout flies, bass, and bluegill flies as well. My K-Mart combo has been replaced with rods for nymphing, dries, and large Spotted Bass on the lake. Even rods for small streams, verses tailraces, and lakes come into play. So you might say I have done a complete 360 when it comes to fly fishing.
The following flies are some I used on the lake and some on the tailraces I fish. I always have flies in reserve that I don't put into the fly boxes until I am running low on a particular fly. I don't tie my flies so I order everything I use which comes packed nicely in small boxes. I keep saying I am going to take a fly tying class, but there never seems to be enough time. I am usually on the water at least 3 days a week, and the rest of the week is taken up with gym and chores.
A lot of the patterns listed below would work most anywhere in the U.S. and a lot of these flies are common in most fly boxes. There are some flies not mentioned here that would be a must for individuals who live out west or in the eastern part of the U.S. So take a look and see what you think, and I welcome any additions.

Email ThisBlogThis!Share to TwitterShare to FacebookShare to Pinterest
Labels: Flies

Hey Bill. I've made notes. Amazing how many I already have in my "boxes". The rest will be filled in.

Thanks for the peek inside your fly box. Looks like you have a well rounded arsenal.

troutrageous
Some I have tried and some I have read about. Thanks for the comment

Shoreman
From what I have read a lot of these flies will produce on most stream and rivers. Thanks for the comment

Fly boxes?!!!!!! I carry about 2000, that is right, about 2000 flies everytime I climb in my boat to go fishing. And I only use abou t six patterns each time I go out - unless fishing is slow - and then I start going through the boxes.

Hi Bill - You know your list really looks pretty complete for a good time with fishes. I would venture to say that list of flies will catch fish most everywhere around the country.

Hi Mel
This list was completed by talking to and reading blogs over the past couple of years. I wanted to get some sense of what would be a good set of flies that would be useful anywhere---but I am always open to any fly that will land fish. Thanks for the comment.

Hi Bill S.
I usually carry two fly boxes to the river and only use 3 or 4 flies. I have got to learn to scale down on some the weight in my fishing vest and that is to start with the fly boxes. Thanks for the comment.